Tax Reform: Here’s What Could Impact Homeowners Most – RIS Media

Tax Reform: Here’s What Could Impact Homeowners Most A new year has started, and with it a newly enacted tax policy: the Tax Cuts and Jobs Act. While most changes will not be noticeable until consumers file their taxes in 2019, the new tax law stands to alter how consumers view homeownership incentives and could impact real estate markets across the country. Additionally, many consumers, but not all, may see a change to their paychecks by next month due to the new tax rate deductions. These are the biggest real estate-related tax policies and how they could affect homeowners.

1. Cap on Mortgage Interest Deduction
The Tax Cuts and Jobs Act reduced the limit for the mortgage interest rate deduction for new loans starting Dec. 15 to $750,000. Loans that were taken out before this date are grandfathered into the previous tax policy, which featured a $1 million cap on the deduction. Homeowners can refinance their existing mortgage balance up to $1 million while still being able to deduct the interest—the new loan cannot exceed the amount of debt being refinanced.

“Although only 1.3 percent of all U.S. mortgages are likely to be impacted by the capping of the mortgage interest deduction, it poses a risk to large urban areas with high-priced housing stock,” says realtor.com® Senior Economist Joseph Kirchner, Ph.D. “The No. 1 area with the greatest risk to its home prices and sales is Washington, D.C., followed by California, Hawaii, Massachusetts and New York.”

Some tax experts state that the overall impact of these changes will not be seen until current homeowners sell, in which case the purchased property would come under the new regulations.

“Most estimates suggest that by limiting some buyers’ purchasing power, capping the deduction could contribute to slower home value growth in the priciest communities, moderating the gains longtime homeowners can expect when they do eventually sell,” says Alexander Casey, Zillow Group Policy Advisor.

Related story: More than half (56.7 percent) of RISMedia readers believe the tax bill is not “good for homeownership,” according to a poll conducted Dec. 20-21; 32.3 percent believe it is, however, and 11 percent are “not sure.”

2. New SALT Deduction Limit
In the final bill, taxpayers can itemize deductions up to $10,000 for their total state and local property taxes and income or sales taxes. The cap is the same for both individual and married filers.

“Households that pay more than $10,000 in combined state and local taxes each year will be impacted by the new SALT limits,” Casey says. “On one hand, taxpayers who still itemize deductions and whose total state and local tax liability exceeds $10,000 will get a smaller tax break; however, for other households, the continued availability of those deductions, even if they are capped, may be the deciding factor between whether or not they itemize deductions. This matters a lot in areas where SALT deductions were a relatively more significant reason for itemizing—areas with lower home prices, but higher taxes (e.g., upstate New York, Southern New Jersey, Inland California).”

In the previous law, the SALT deduction was unlimited.

“The new SALT limit will have the greatest impact on states that provide a large number of services to their citizens by, first, reducing the benefit of tax cuts by disallowing the full value of this deduction, and, second, compounding the issue of the standard deduction vs. the mortgage interest rate deduction,” Kirchner says.

3. Preserved Exclusion of Capital Gains
This tax policy remains unchanged from the previous law, which stated that homeowners must live in their home for two out of the past five years in order to qualify for the exclusion.

“About 10 percent of home sellers last year sold their home after living in it between two and five years,” says Casey. “Keeping the status quo means these sellers no longer need to make that difficult choice, and can instead feel more free to list their home on a more flexible schedule without fear of a potentially hefty tax hit.”

The Senate bill proposed an increase to the residency requirement to five years of the past eight, but it did not pass to the final version.

“Today, homeownership is imperative for middle-class wealth-building and financial stability,” says Kirchner. “It allows people to invest in a long-term asset that pads their retirement savings, provides a safety net for unforeseen circumstances, and equity to back investment in education or small business. The survival of the capital gains exclusion means that the advantages of this type of investment will remain (except, of course, with regard to impact of changes to deductions).”

4. Deductibility on Home Equity Loans
The new law states that taxpayers will no longer be able to deduct interest paid on home equity loans beginning in 2018, unless the funds are being used to significantly improve the residence. This provision expires in 2026, when it reverts back to the previous cap of $100,000 of home equity debt.

“Deductible interest on home equity loans used to provide homeowners another layer of financial security by giving them the ability to obtain low-cost financing,” Kirchner says. “Now, without the ability to deduct interest, owners effectively will have to pay more for their loans, which could put downward pressure on the homeownership rate.”

Casey believes the removal of this homeownership incentive will not have a dramatic impact on the homeownership rate, but will affect home renovations instead.

“A lot of personal and economic factors matter more,” Casey says. “This deduction is more important for financing major home renovations, so eliminating this deduction could contribute to underinvestment in the housing stock, making it more difficult for struggling communities to reinvent themselves.”

“A doubled standard deduction will have a big impact on how many homeowners ultimately decide to take advantage of the mortgage interest deduction,” says Casey. “When you combine a much larger standard deduction, with the fact that some itemized deductions have been capped or pared back, many filers may no longer find it financially advantageous to itemize deductions.”

“The doubling of the standard deduction changes the equation for homeownership incentives and essentially renders the mortgage interest rate deduction ineffective for the majority of owners,” says Kirchner. “Until now, most households did not itemize their deductions until they bought a home, which added significant tax benefits to ownership. Based on the changes to the standard deduction, this benefit will disappear for all but those homeowners who have mortgages in excess of $550,000, depending on what other deductions they have.”

Location and Timing
The impact, however, will largely be based on where taxpayers are located. Those in high-cost states may see the biggest changes in how they file, especially with the new $10,000 SALT limit. According to Zillow Research, 51 percent of Americans surveyed last year said they agree with the statement that “the property tax rate in my community is unfair to me.” These sentiments may rise in response to residents of high-tax burdened markets receiving a higher tax bill because of the new limit.

For example, Zillow analysis conducted for the Wall Street Journal states that a top income earner in New York, who owns in the top-third price range of the metro, pays an estimated $23,000 in property and state income tax every year, which is double the amount now allowed for deductions. The analysis also reported $10,000 in similar circumstances for Raleigh, N.C., and $12,000 for a Chicagoan. These are just a few areas where high-earning taxpayers would be adversely impacted by the new SALT deduction cap. According to a Wall Street Journal article, Moody’s Analytics estimates that 80 percent of counties across the country will see a negative impact on home prices in the summer of 2019.

Low-tax states, however, may benefit from the new tax code. According to the WSJ, parts of North Carolina, Alabama, Nebraska, Indiana and Tennessee may see boosts in their home prices and local economies. And the same Zillow analysis that surveyed high property and income taxes in other states says an individual in a similar financial situation would pay one-quarter of the amount in Nashville, Tenn. For those that have been on the fence about moving, the tax overhaul may be the deciding factor. But those who live in high-tax states may not see the negative impact from taxes as reason enough to leave their homes.

According to NAR research, here are the five metro areas that will be most affected by the new tax law (based on homes with mortgages valued over $750,000):

The top five metros based on share of owners that pay over $10,000 in real estate taxes:

“Only 6 percent of homeowners have mortgages exceeding $750,000, and only 5 percent pay more than $10,000 in property taxes, but most homeowners won’t itemize under the new regime,” said NAR President Elizabeth Mendenhall in response to the bill’s passing. “While we’re pleased that important homeownership incentives such as the capital gains exclusion survived in conference, additional changes are required to truly incentivize homeownership in the tax code.”

Timing also plays a role. Many of the provisions in the Tax Cuts and Jobs Act, including individual tax cuts, expire in 2025 and therefore may lead to tax hikes in the future, according to the Distributional Analysis of the Conference Agreement for the TCJA by the Tax Policy Center. The report states that taxes would be reduced by $1,600 on average in 2018, increasing after-tax incomes by 2.2 percent; however, in 2025, the average tax cut as a share of after-tax income would decrease by 1.7 percent for most income groups.

“The tax bill decreases homeownership incentives, but these benefits are not the only factors in the homeownership decision,” Kirchner says. “In the short run, homebuyers can look forward to more money in their pocket that can be used for a down payment or larger home.”

He adds that cuts in government services and economic development programs, along with the rescinding of tax cuts for individuals in a few years and the impact of tax reform-induced deficit on inflation, will weaken the impact of the after-tax income boost on homeownership.

“The change definitely removes some of the federal government’s preferential treatment towards homeownership,” Casey says. “Ultimately, with these new reforms, households will be more likely to maximize their tax breaks with a standard deduction. And when someone uses the standard deduction, it doesn’t matter if they spent an extra $5,000 on a house, a boat or a vacation—the spending is treated the same when tax season comes.

“It will be interesting to see how the temporary nature of some of these tax cuts shake out,” says Casey. “Will those households on the edge of homeownership make decisions based on what their new take-home income is in February, or will there be some apprehension if they think their taxes will rise down the road?”

According to an NAR statement, “As a result of the changes made throughout the legislative process, NAR is now projecting slower growth in home prices of 1-3 percent in 2018 as low inventories continue to spur price gains; however, some local markets, particularly in high-cost, higher-tax areas, will likely see price declines as a result of the legislation’s new restrictions on mortgage interest and state and local taxes.” 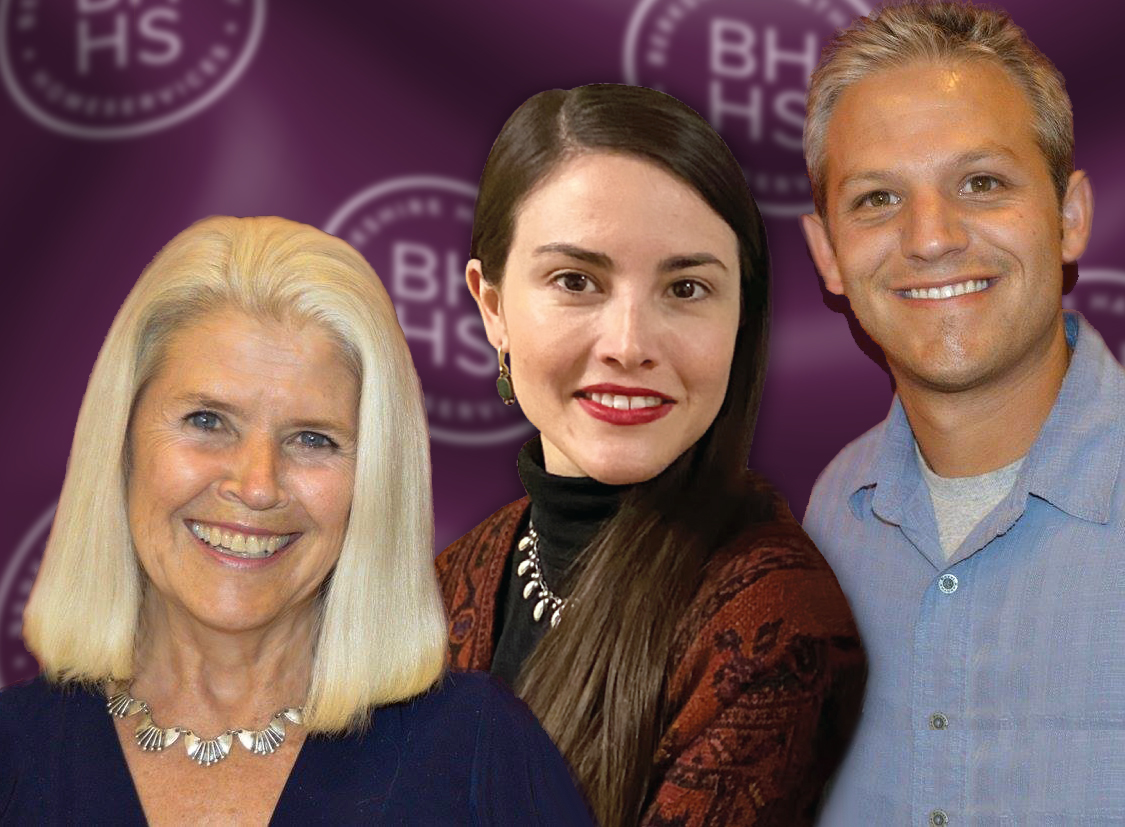